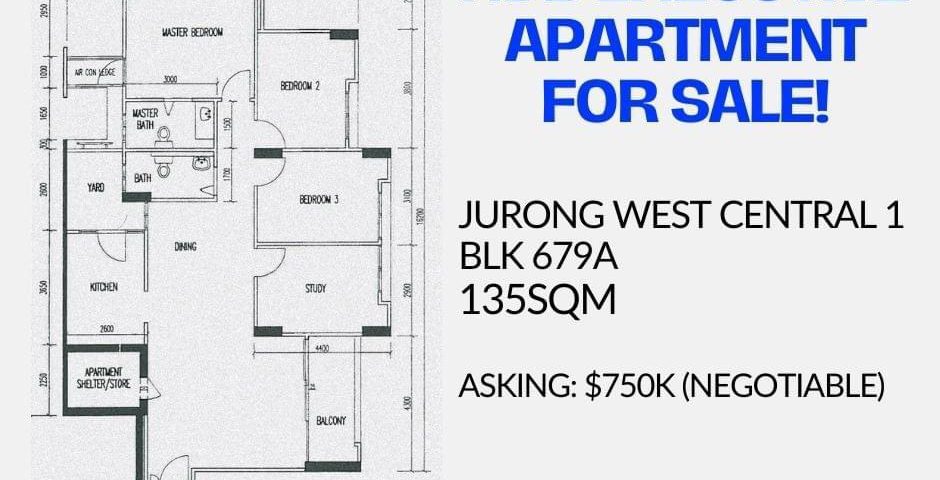 The address of this Executive Apartment is Jurong West Central 1, Block 679A. The majority of the apartments in this building are executive flats and five-room flats.

It is easily accessible on foot from both Jurong Point and the Boon Lay MRT station. There is also a new Bahar MRT Station for the upcoming Jurong Region Line that connects Choa Chu Kang to Boon Lay MRT.

In addition, the public library, medical center, and Jurong Central Park are located in close proximity to this property.

River Valley High School and Boon Lay Secondary School are two of the schools nearby.

The location of Jurong West HDB Town, which is close to Nanyang Technological University, is the primary selling point for prospective purchasers and tenants. The western sector of Singapore is home to a significant number of heavy industry corporations, including petrochemical businesses with well-known brands like BP, Exxon Mobil, and Shell.

The Jurong Lake District and the Jurong Innovation District are going to be transformed into Singapore’s second Central Business District, according to the plans of the government. In addition, once finished in the 2040s, the Tuas Mega port, which is currently in the process of being constructed, is expected to be one of the largest container ports in the world.

This HDB Executive Apartment is available for sale.